Magno Castillo: A Farmer in Peru

Mrs. Masnah: An Entrepreneur in Indonesia 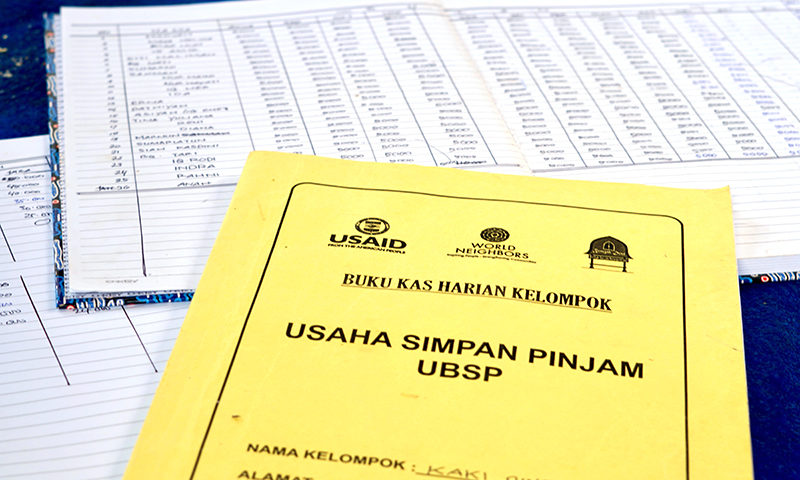 Mrs. Masnah is 50 years old and lives in Dara Kunci Village on the Island of Lombok in Indonesia. She has four children. Mrs. Masnah was very enthusiastic when she attended a training session on the manufacturing of cashew fruit and wheat crackers which was facilitated by the staff of LPSDM, a World Neighbors local partner. The training inspired her to establish a small business, but she had no money for the initial capital. Accessing loans from outside was difficult because the interest on a loan would be exorbitant (20% per month) and the repayment period would be too short (1-3 months).

She communicated this concern to the training facilitator and, as it turned out, almost all participants had experienced this issue. Therefore, the group agreed that there would be another meeting with a special discussion on accessing capital.

At the second meeting, the participants were invited to discuss the importance of the development of a savings and loan group (UBSP): its principles, functions and management.

Participants agreed to form a UBSP named Tunas Harapan (Shoots of Hope). There are 17 members (one male, 16 females) with members’ savings an initial IDR 100,000 (roughly $10) and then compulsory savings of $.75 each month from then on. Over the last six months, the capital that has been collected equates to $334.

Mrs. Masnah, as a member of the UBSP, is happy because she obtained a lot of knowledge and guidance on the development of productive enterprises. She borrowed $38 from the group for the initial capital she needed to purchase the raw materials, oil, spices and plastic wrapping for her crackers, which she now sells for about four cents per package.

She has established a distribution network where every two days she sells her products to warungs (food stalls) around her area. With this, she is able to earn a monthly income of roughly $75. This helps substantially with the costs of her children’s schooling.

Mrs. Masnah and her family are proud of her cracker manufacturing business and the security of the additional revenues it brings. She now plans to expand her business using other raw materials from her farm.