Magno Castillo: A Farmer in Peru 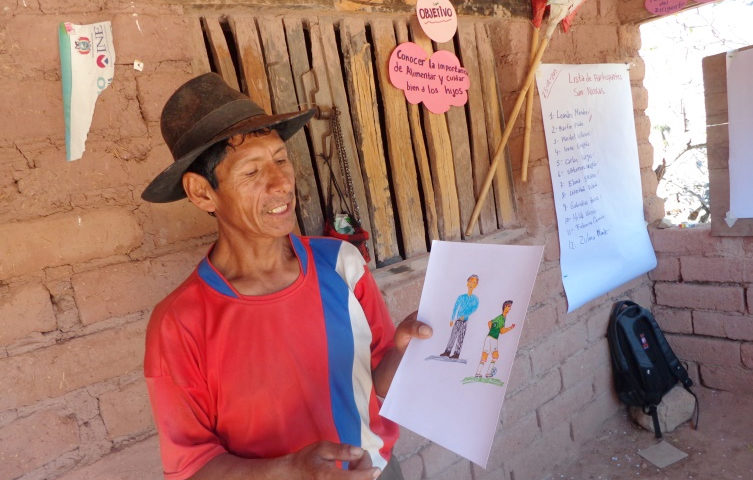 San Nicolas is a community in the sub-central part of Sik’imira, a municipality of Vila Vila, located in the department of Cochabamba, in Bolivia. In April 2015 when WN first visited and presented our development approach to the community, participants did not show much interest. In the first workshops in August and September 2015, only eight people attended. Mr. Leandro Mendez, the community leader and local volunteer, was initially embarrassed, but due to his persistent and convincing work, the attendance increased and in October 2015 things changed. Almost all leaders of the community attended the general meeting, and a few women organized with only five affiliates, which led to their membership increasing to 22 permanent participants. They have requested WN to develop training workshops to strengthen their organization.

Why have these changes happened? Participants point to the tireless work of their leader and also WN’s true interest in community development, and the constant encouragement and respect for local skills shown by the WN team. Everything taught to them served well to improve the nutrition of children and the whole family. Now, they are convinced that any community-led activity must primarily focus on the improvement of the quality of life and for the families to rely on their own assets, strengths and skills. In April 2016, after a food processing-patisserie workshop, six families bought their own molds to prepare nutritious biscuits. They intend to open a small shop to sell their products and encourage other neighboring families and surrounding communities to consume local cereals.