The Community of Fatunababo in Timor-Leste: Success in protecting and conserving their water source 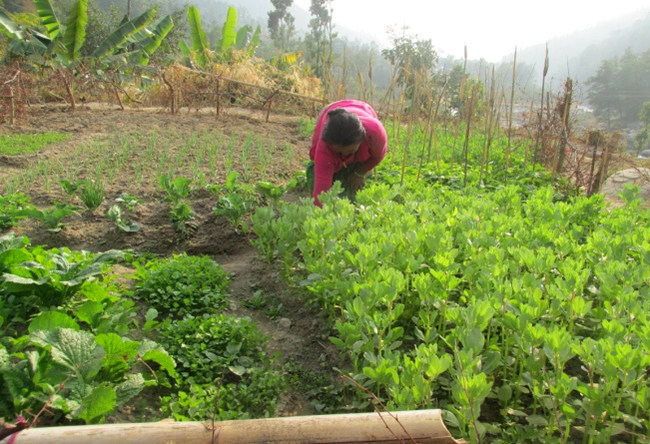 Gufadanda Gaukhet is a small village with a poor and marginalized community under the Ichok Village Development Committee (VDC) in the Sindhupalchok District of Nepal. There are 15 households with a population of 91. WN started its work in this community in August of 2015 and is currently the only development organization working in that area. Work started with the formation of a savings and credit group comprised of 18 members from 15 households. Group members are mixed; 14 women and four men, mostly uneducated ethnic minorities. In addition to savings and credit work, WN supports this group on Sustainable Agriculture and Rural Livelihoods (SARL), Community Based Natural Resource Management (CBNRM) and Community and Reproductive Health activities (CRH).

The following are some of the examples which are a hindrance to community development in Gufadanda:

The community members have been displaced after the devastating earthquakes and are living under the temporary shelters with poor hygiene and sanitation. The community is illiterate but enthusiastic in community development work. After joining the group, they built a fodder nursery of mulberries and Ipil Ipil. A lead farmer trained from the same community is a great resource for them. Together with the lead farmer and our field team, the group has learned kitchen gardening, and organic fertilizer/pesticides. Ever since the lead farmer created a model in his house practicing all the components of SARL and CBNRM that he learned during “lead farmer training” in Sindhuli, fellow farmers are emulating and learning from his work. Following the lead farmer, access of water and understanding the importance of kitchen gardens, other members have also started kitchen gardening. The period from April to June 2016 saw all 15 households establishing kitchen gardens. They have also started intercropping maize and beans (green manure cover crops). All the activities under WN support are new experiences for the community members.