We Must Remain Vigilant 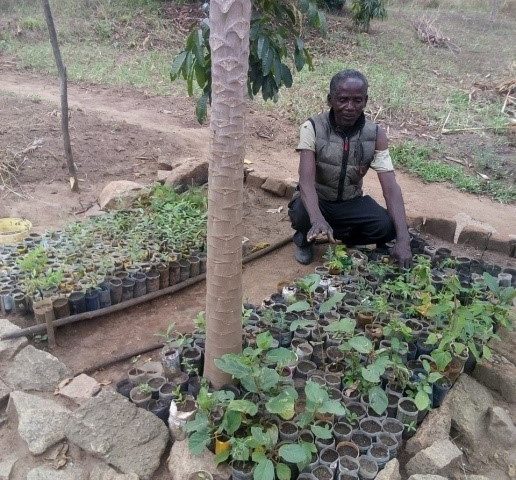 Michael Abiero Makene, 73, was born in and still lives in the village of Bukama in Tanzania. In 1975 the local government started to promote tree planting in his village and Michael joined this initiative. Over the years, he became more involved in tree planting and the development of tree nurseries, working with government departments and non-governmental organizations. However, the strategies employed by these organizations were not sustainable and his tree planting initiatives failed over time.

In 2007, World Neighbors (WN) started working with communities in Rorya District. Michael was impressed by WN’s approach to development, especially its strategy of working through community groups. He convinced some members from his village who were interested in environmental conservation to join him in forming a group (Muhunda) so that they could work together to improve environmental conservation as well as their livelihoods. 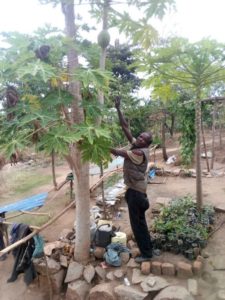 WN supported the Muhunda group by training them in tree nursery development and tree planting as well as budding and grafting.  WN also facilitated getting access to materials such as watering cans and tree seeds. Michael has planted a wide variety of trees on his farm that include jacaranda, mesopsis (umbrella tree), pine, acacia (spp), albizia, glyricidia, caliandra, moringa, casuarina, azedarach, grevillea robusta and markhamia lutea. Through the training, Michael has become a successful tree farmer and the trees are managed so well that the survival rate is over 80%.  The trees provide shade, timber, medicine, firewood, and charcoal; they also act as wind breakers, and beautify the homestead. Michael has realized an increase in his farm productivity because he uses tree leaves and other biomatter from the trees as manure.

Based on his experience over the years, Michael noticed that fruit trees rarely die even in periods of severe drought, especially indigenous varieties. This is because they are adapted to local ecological and weather conditions. Their roots go deep into the soil, they are resistant to local pests and diseases, and grow in a wide range of soils. Michael has realized that the cultivation of fruit trees is a viable strategy for addressing the effects of climate change. He has started sourcing for and preparing seeds, and producing tree seedlings in nurseries that he plants and also sells to his neighbors and in nearby markets.  Michael attended various trainings organized by the WN program on community health and therefore knows the value of fruits as a source of vitamins and in improving the health of families. The training further motivated him to plant more fruit trees. He planted a variety of fruits that include mangoes, guava, pawpaw, oranges, pomegranates, pineapples, passion fruit, tamarind, jack fruit, and syzygium cuminii (jamna). 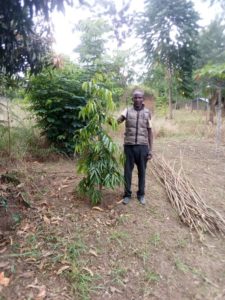 The diversity of fruit trees means that Michael and his family members are able to access different types of fruits throughout the year since the fruits mature in different seasons. Although both the fruit and non-fruit trees have boosted the family income, the income from fruit trees is higher and more beneficial. This is because the non-fruit trees take four to five years to be ready for harvesting, whereas the fruit trees start producing earlier and some can be harvested even twice a year. Michael now can say that his family does not experience hunger caused by the unavailability of food.  “Since I have a variety of fruit trees, there is no month when I miss fruits ready for harvesting,” said Michael.

Michael’s success and commitment to environmental conservation through tree planting has made him a champion in environmental awareness campaigns. He is sought after to provide education and trainings to other community members.  Since the start of the program, he has trained over 300 people from within and outside his Bukama village on the establishment of tree nurseries, and tree planting and management. The tree cover of Bukama village has increased so much that it is the envy of the residents of other villages in the district.