Agroecology: Our Land is Our Life 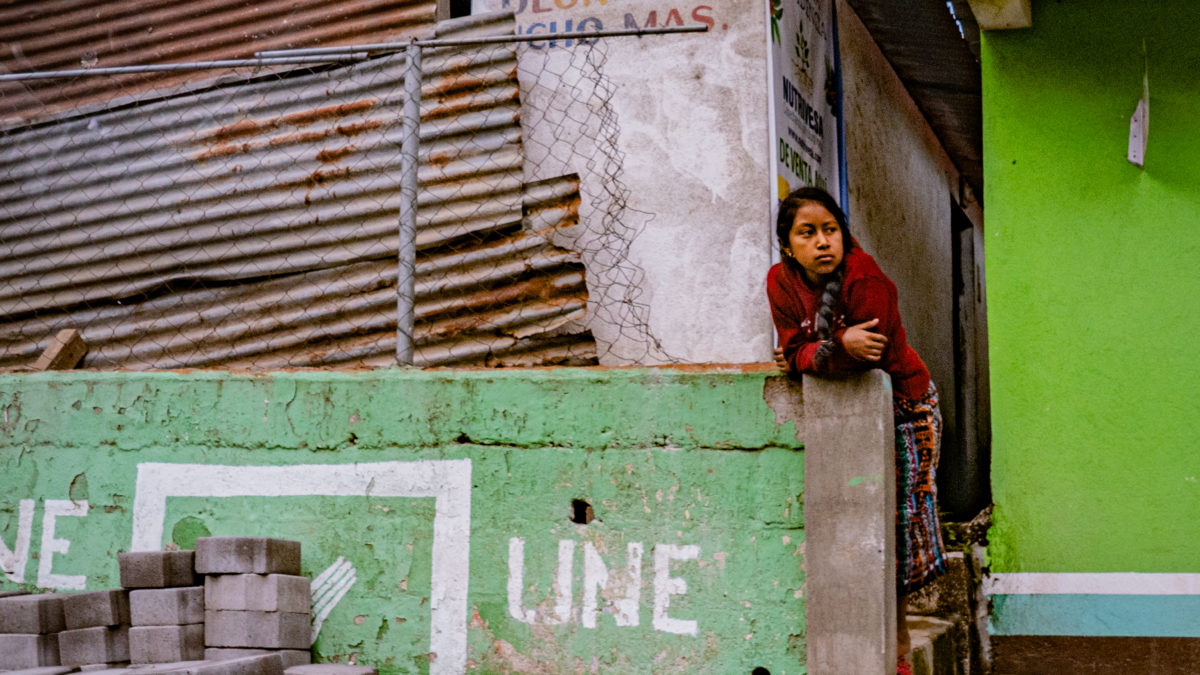 But obesity and related conditions aren’t just confined to the US. Or even to other high-income countries. They’re also a problem in low-income countries like Guatemala. Thirty percent of adult women and 18% of adult men in Guatemala are obese. In a study by researchers at Kansas State University of four schools in rural Guatemala, 32.4% of schoolchildren were overweight.

Yet, according to UNICEF, nearly 50% of Guatemalan children suffer from chronic undernutrition. This ranks the country first in Latin America and the Caribbean and sixth in the world.

The co-existence of malnutrition and obesity can be seen in Guatemala in the rural agricultural area of San Martin. What’s different, of course, is that San Martin isn’t like a small American rural town surrounded by corn and soybean fields; or a city neighborhood in which fresh fruits and vegetables can be expensive and difficult to find. San Martin produces an abundance of produce. Most families grow it.

But ultra-processed foods like chips and cookies are relatively inexpensive and require no preparation. They are also associated with a “rich world” lifestyle, communicated to even rural communities through corporate advertising. Free trade agreements have enabled transnational corporations to both export ultra-processed foods to Guatemala and other countries, as well as purchase local companies and invest to expand production for local markets. Especially among Guatemala’s younger people, ultra-processed food is displacing healthy food–laying the groundwork for diabetes, hypertension, fatty liver disease and long-term health problems that threaten to make poverty even more intractable.

World Neighbors and its local partners are working with family farmers in San Martin and other communities to address the double burden of malnutrition and obesity through agricultural diversification. The average farmer in San Martin owns 1.2 acres of land. In Farmer Field Schools, World Neighbors and its local partners teach farmers to produce a variety of beans, fruits, vegetables, coffee, poultry and even cattle, all using sustainable techniques. This includes composting, preparing and applying natural fertilizers and pesticides and the use of drip irrigation. Water conservation is especially important in dry areas where climate change is worsening water scarcity.

Along with more diverse fruits and vegetables come trainings in the preparation of traditional foods and meals. Youth often receive this training alongside parents. It includes education on ultra-processed foods and how minimal consumption can fit into a healthy diet.

Capital to invest in new techniques and innovations like drip irrigation comes through savings and credit groups. These are groups of 15 to 30 people—mostly women—who meet regularly to contribute small amounts of money. When enough capital is amassed, members take out loans at low interest. Borrowers use profits from increased output to repay loans. Members also receive training in calculating interest, bookkeeping and other basic financial skills. The process results in a steadily growing pool of capital that is owned and controlled by the community and invested to meet community needs.

As in the US, it will take time for Guatemala to reverse the strange modern phenomenon in which millions of people can be overweight and malnourished at the same time. But it can and should be done through development models that empower farmers and communities to make their own decisions to improve their health, investments and incomes. And, in the process, open the door to a better standard of living that is sustainable for them and the planet.

Lionel Vigil is Regional Director of Latin America and the Caribbean at World Neighbors.

This article originally appeared on NewsAmerica on October 3, 2022.