Coronavirus in Africa: what happens next?

The Cultural and Social Challenges to Slowing the Pandemic in Africa 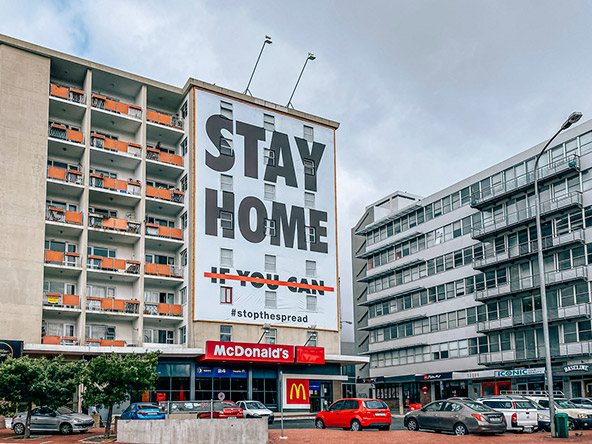 With hindsight, it can now be argued that African countries had a window of time to prepare for the outbreak but didn’t use the time well. However, it’s questionable whether even with enough time African countries would have been able to fully prepare. Health systems throughout the continent are weak and several governments don’t fully govern their territory.

The coronavirus is now spreading in almost all African countries, with the majority of cases in capital cities. The speed at which the virus is spreading is an indication that in many countries it has reached the community transmission stage and it is no longer the people coming from abroad who are the only carriers. The official figures of infection rates reported by most African governments are likely underestimated given limited testing capacity.

Most governments are trying to limit the spread of the virus by asking citizens to adopt many of the same behavioral changes that other countries have adopted, like frequently washing their hands with running water and soap; using hand sanitizers; not shaking hands; staying at home; using face masks in public places; avoiding touching one’s face, mouth or nose; maintaining a distance of at least one meter from the next person; avoiding overcrowded places or gatherings such as places of worship and open air markets; and adopting proper hygienic sneezing and coughing methods.

Of all these preventative measures, three are particularly difficult to enforce in Africa: maintaining social distance, avoiding shaking hands, and staying at home.

Many poor Africans live in crowded areas in urban slums where most are either self-employed or are day laborers. In these situations, it is nearly impossible for the poor to keep their distance and stay at home to avoid getting the virus. The single rooms they live in are in themselves overcrowded because as many as six people may be living in one room and the dwelling structures themselves are very close to each other.

The poor can also not stay at home because they have to look for work or engage in small businesses to earn money to feed their families. In addition, poor and working-class people use public and private transportation in which as many passengers as possible are carried.

While daunting, there are immediate strategies governments can take to address these challenges. Because clean water is a rare commodity, people tend to crowd at the few available water sources. Governments should provide extra water sources either by installing more standpipes, sinking more bore holes and wells, or providing subsidized water distributed via mobile water tanks.

To streamline the utilization of the water sources without generating crowds, communities could be encouraged to form water management committees, as is already done in some rural areas. These committees would develop locally appropriate strategies to avoid crowding.

Overcrowding also occurs at the limited number of sanitary toilets and showers. Currently, people queue for such services due their scarcity. Governments should use this crisis as an opportunity to accelerate the widescale provision of basic sanitation facilities. There are inexpensive, low- or no-water showers and toilets, such as Ecosan no-water toilets, that could be immediately provided to communities. Toilets would be accompanied by hand washing stations.

A popular means of transport is the motorcycle. These taxi cyclists routinely carry three passengers to maximise profits. Motorcyclists and other private transportation providers could be given subsidized fuel to discourage them from carrying excess passengers. This is a feasible solution now because of the low price of oil

Getting people to refrain from shaking hands is a more complex challenge because it is a deeply rooted and important cultural behavior. In Africa, a firm handshake accompanied with eye contact is the order of the day. It is a culturally engrained practice in traditional societies. Refusing to shake hands, particularly when it is offered by the other party, is interpreted as a show of disrespect both of the culture and of the other person. This is particularly true if a younger person avoids shaking an older person’s hands.

There are, however, steps that can take to address this issue. Leprosy used to be fairly common in many African countries and shaking hands with someone with the disease was taboo. So governments might be able to create messaging about the need to stop the spread of the infectious disease that overcomes the strong cultural practice of shaking hands.

If hand shaking is discouraged, there will need to be replacement greetings. It is unlikely alternatives can be imposed by the government. Instead, communities should be encouraged to develop their own greetings that maintain and communicate acceptable attitudes about respect and neighborliness.

While social distancing and hand shaking are difficult, staying at home will be extremely challenging to maintain. For the majority of Africans, if they don’t work, they don’t get paid. Staying at home is akin to sentencing wage earners and those in the informal sector to eviction from their homes and malnutrition or even starvation.

Heavy-handed tactics to enforce stay at home orders, as we’ve already seen in some countries, are a recipe for unrest and instability. Governments need to take positive actions that meet peoples’ real needs.

One such program are cash transfers. Households should be provided with enough money to purchase basic necessities including food. A version of this is being piloted in Nairobi. Kenya’s government is also providing monthly stipends to people 70 years and older who don’t have a pension.

Another potential government program is rent assistance. Some landlords are exempting tenants from paying rent for the next three to four months. Governments could encourage this through reduced taxes and other subsides to landlords. Governments should also consider temporary rent subsidies for low-income people who lose their source of income.

Most Africans buy food in open-air markets. As in the United States and Europe, there is a move to grocery delivery by taxi motorcyclists. Governments should encourage this. They should also continue to encourage mobile money transfers, which have become increasingly popular in Africa, as a way for people to avoid physical contact.

For example, the largest telephone company in Eastern and Central Africa has temporarily removed the transaction charges when people pay for goods using MPesa’s mobile money platform. In addition, it has doubled the amount of money an individual can transact in a day.

The entire African situation, from weak health systems, to ingrained cultural practices, to millions of people living and traveling in very close quarters, makes it less likely that the continent will have the kind of sharp but relatively short epidemic experienced in China and South Korea. The impact of a long-lasting virus outbreak would have debilitating effects on people and economies across the African continent.

While all of the initiatives outlined above are possible and, as noted, in some cases already underway, they will be expensive. No African government is in the position to borrow on the scale we’re witnessing in the United States and Europe. The international community must step in to assist. This will include International Monetary Fund lending and World Bank grants.

But more is necessary, including direct financial assistance by developed countries and some form of debt forgiveness. No one has an interest in unrest and instability in Africa. The way to prevent it is to do what is necessary to reduce infection, illness, and increased poverty.