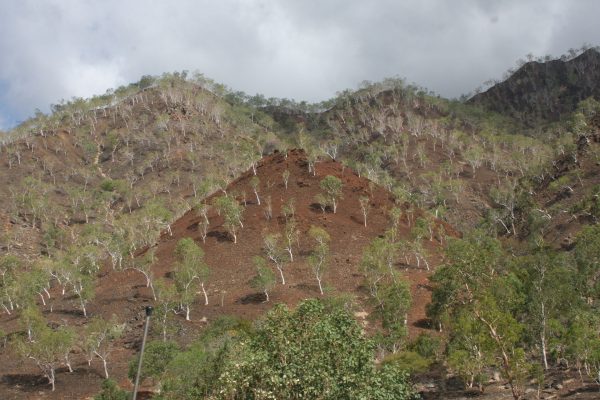 What are the major climate change risks for Timor-Leste?

Timor-Leste is increasingly being affected by severe weather events as a result of climate change. In the region of Oecusse, where World Neighbors works, this is seen mostly prominently in the form of short periods of intense rainfalls (which cause landslides and flooding), interspersed with longer periods of hot, dry weather, which can cause droughts. Rains are generally arriving later, and stopping earlier. This can have a very negative impact in Timor-Leste because around 90 percent of Timorese households are involved with agriculture. With little irrigation, the majority of the people rely on rain-fed agriculture for their food security and livelihoods.

Water constraints for Timor-Leste are an acute problem and a priority for the government. What is the source of the issue and how is the government managing the challenge?

Small island nations in the Pacific like Timor-Leste rely on groundwater to compensate for freshwater shortages due to increasing consumption.  But higher temperatures, rising sea levels, erratic rainfall, and drought are affecting both the quality and quantity of available groundwater.

Deforestation is also a problem in Timor-Leste.  This loss of forest cover negatively impacts the capacity of the soil to absorb water and recharge springs on which rural communities rely for their water needs.

One of the ways the government is managing this challenge is by partnering with World Neighbors, on the Increasing Community Resilience in Oecusse Program (ICRO), which is funded by the United States Government’s United States Agency for International Development (USAID), which promotes sustainable practices in water and environmental conservation. (Editor’s Note: Wright does not speak on behalf of the United States Government or USAID.) We improve and protect community water sources (mountain springs or wells) through the use of micro-watershed management technologies and a community-based natural resources management approach.

At the practical level, this is done through tree planting, digging absorption wells, water catchment holes, hedgerow terraces, water traps, and other appropriate micro-watershed management technologies around the water sources, to increase rainwater absorption and reduce run-off and loss of water.  At the governance level, we work with the government to draft and enact bylaws to protect and maintain these water sources.

How has the country responded to the COVID–19 pandemic?

I’m not a public health expert so I’m not able to answer this question with any degree of certainty.

I can say though that the government called a State of Emergency early, which included closing the borders to foreigners and mandating isolation for a minimum of 14 days for Timorese returnees; restricting internal travel and prohibiting gatherings of more than five people.

As of May 22, Timor-Leste currently has no active COVID-19 cases.  The last confirmed case was recorded on April 24, bringing the total number of cases to 24, all of whom have now recovered.

Tell us a little bit about the Increasing Community Resilience Program. How has ICRO affected public health outcomes?

The goal is to improve the health status and quality of life of Timorese citizens by increasing the availability and use of clean, safe water, improving sanitation facilities, and enhancing the uptake of improved hygiene practices.

On the physical level, this means creating a well-functioning water supply source/piping system. Around the water point, 1 to 1.5 hectares of land are converted into a forested, protected conservation area.

At the governance level, this means that both the water supply system and the conservation area are being managed by community groups who can independently maintain the area and water system; are financially responsible in collecting and managing community funds; and have a close relationship with the regional forestry and water and sanitation government departments, requesting and receiving assistance when needed.

In an assessment we carried out:

Which governments and international development organizations are most active in assisting the Timor-Leste government to increase resilience against climate and other shocks?

I’m sure there are many.  I’ve had contact with: Wateraid, UNICEF, Plan International, DFAD (Australia’s Department of Foreign Affairs and Trade), World Vision International, and the Timor-Leste Red Cross.

This interview has been edited.

This article originally appeared on the diplomat.com on May 26, 2020.